It is apparent from the offset that this IWM show is less focused study of Beaton’s war photography, and more excuse for a beautiful retrospective look at his life (with a long stopover in 1939-45). The opening images of Theatre of War show Beaton in structured family poses and holiday snapshots, and go on to describe his creative awakening and his first love of theatre and performance. The topic of war doesn’t rear it’s head until well into the third room, and It’s hard to blame the Curator for the slight deviations of theme at both start and finish. Once the exhibition unfolds it becomes a fascinating story to become witness to, from the very start to the very end of a glittering career of the ilk that you just can’t imagine occuring today. 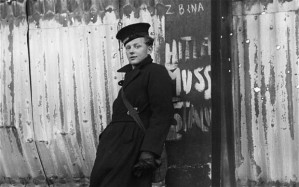 One of the shots of Beaton’s wartime subjects, on display at the Imperial War Museum exhibition.

One can imagine Cecil Beaton as a dreamy child. Perhaps the kind of boy who would spend hours locked into drawing his own worlds or the one out of his brother and sisters who would conjure up the dramatic narratives for their playtime. Some of his earlier photographic portraits show his sisters set in futuristic sets, dressed in Beaton crafted metallic costumes; one stunning shot shows a sibling portrayed as a bedazzling shooting star. There is a sense of childish innocence and a lusting for glamour in these early works which to me was reminiscence of early accounts of Andy Warhol, and his adoration of film stars. 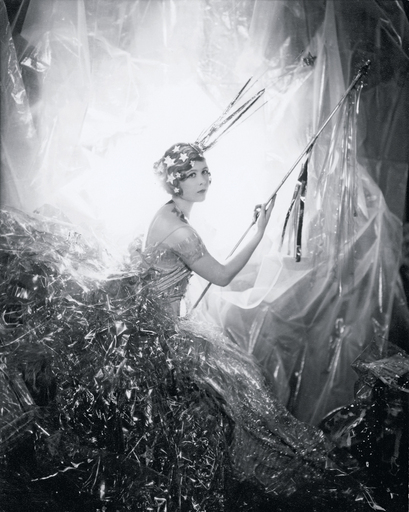 The naivety and hopefulness in his earlier works and theatre portraits is quickly replaced with stark lines and cautious framing in the London wartime images. The opportunity to act as official war photographer for the MOI came shortly after his 1938 Vogue scandal, and Beaton’s humility shows in the earlier pared down images. It isn’t long before he finds his stride, though, as once he’s encouraged to put his own stamp on his work the theatricality comes back. From here on there are lots of photographs which look like film stills of war movies, a plethora of handsome, chiselled faces in cover boy/girl poses.

The thread of the exhibition runs from Beaton’s dashing RAF portraiture, through to his official travels in the Middle East, India, China and Burma. Lots of determined, alluring eyes stare out of the images, set in rough, attractive faces. They invite the question of where these comely young men ended up, how the grim actualities of the war actually treated them, beyond these staged shots. It’s perhaps their beauty which explains the popularity of these images. These scenes speak to people in a language of war they understand, brutality and death packaged up as drama and bravery, strong dishevelled individuals making stoic sacrifices. It’s a very different exhibition to the recent Don McCullin show, a different breed of war photography altogether. This shows a departure for the IWM, it illustrates a growing desire to glamorise and to cast a net which will attract a wider audience. 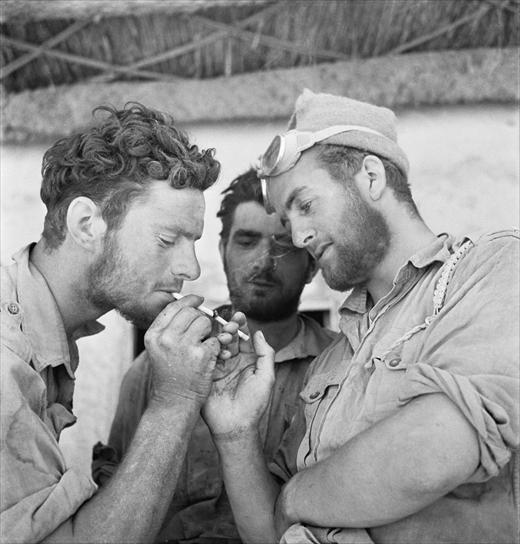 One thing which remains unchallengeable is that this is a gorgeous visual feast, with the monochrome portraits naturally evoking associations of glamour and nostalgia. Another strength of Theatre of War are the letters which help in telling Beaton’s story.  In one poignant piece of correspondence a friend berates the photographer for his ‘frivolous’ lifestyle and need to ‘pull up’ and focus on his work. Just a few years after this warning the War comes along, and with it a massive career advancement and the opportunity to be taken far more seriously, a legacy which proved to continue once the fighting stopped..

As the exhibition ends you are led from the final images of post-war theatrical success and celebrities, back through the room where the photos of his sisters hang. These now, of course, seem hopelessly childish but also full of hopefulness, and the main feeling taken away is envy at the fantastic career of this talented dreamer.

Curated by Hilary Roberts. On display until 1st January 2013.